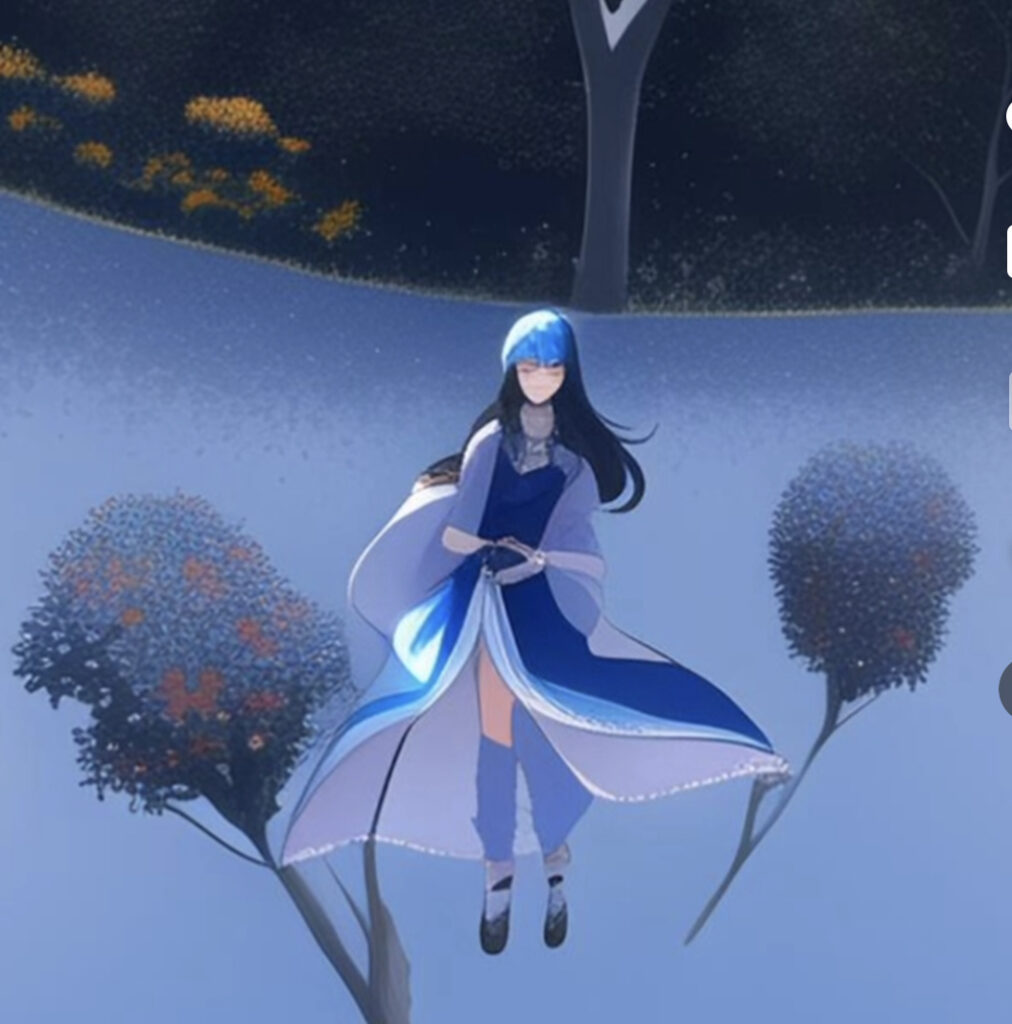 The AI Manga Filter on Tiktok is Getting Used for Ghost Hunting – what’s happening here?

Has AI Breached into the Supernatural?

A woman grieving the death of her son reaches out her hand and takes a photo equipped with a special filter. A vision of the boy materializes in the picture. She weeps.

Another woman holds out her hand, and the first cat she ever loved and lost — an orange tabby — appears out of thin air.

A man hangs memorial glass jewelry made from the ashes of his mother and brother above his car dashboard. He aims his phone at it, and the AI filter on his phone transforms the jewelry into a man embracing an older woman —like his brother and mom. More than 3 million viewers are captivated. What’s happening here!?

The special filter people are using is called the AI Manga filter, and is only available through the current leader in online traffic: Tiktok.

It appears the developers at TikTok have gone above and beyond expectations, as the platform is now filled with people sharing stories of passed love ones, hauntingly beautiful spirits and even visions of their higher selves materializing through the lens of their phone.

This is known as generative AI, meaning it’s actually creating content while modifying it. Of course, for every “supernatural” vision there’s dozens of meaningless AI art.

However, the mystery is that much of the content appears to derive from the user’s consciousness — or subconscious — or even their “spirit.” And it’s not one or two wild stories, it’s tens of thousands of people having encounters that seem supernatural.

Of course, many simply dismiss it as random AI pixelation, with people reading far too much into it — but the stories keep on piling up.

One woman always had a bad feeling about an area on her property, so she aimed the filter at the creepy corner. The filter placed what appears to be a dead woman’s body under the concrete.

The video went so viral that two mediums decided to investigate, and both said that they believe there are is an actual spirit of a young woman there, but they believe the body has been gone for hundreds of years.

Regardless, we are entering uncharted territory where artificial intelligence seems to be breaching into supernatural terrain. Or at least, it appears that way.

We used to believe that a highly technical society would completely discard spirituality and religion, but we’re finding quite the contrary. AI especially deepens our own perception of the world around us, rearranging reality in ways that cause us to see it anew. With this transformed perception can come actual spiritual insight.

Mediums will testify that one of the main ways spirits communicate is through electronics. And the random nature of the AI makes it even more open to supernatural manipulation, if one believes in such things.

Think of flipping a coin. We feel there’s a sense of fate in the randomness of the coin toss. Well, how much more complex things are getting now with AI generating entire new worlds and people. And with these visions melding with reality, it can seem like a spiritual experience.

I’ve been telling people to tread lightly and not place too much meaning into the seemingly random images. For example, one woman aimed the filter at her forehead, and the word “Devill” appeared (with an extra “L”). She seemed noticeably disturbed.

With this in mind, I asked ChatGPT to Turn This into a Ghost Story

Me: Tell a short ghost story about a person who uses a special AI filter to detect ghosts and realizes it’s actually real.

Chat GPT: Once upon a time, there was a man who was skeptical about the existence of ghosts. He worked as a scientist and decided to use his skills to create an AI filter that could detect ghostly activity. He worked on the filter for months, fine-tuning it to pick up on even the faintest paranormal signals.

Finally, the day came when he was ready to test his invention. He switched on the filter and began to scan his house. At first, there was nothing, but then, to his shock and amazement, the filter began to pick up ghostly activity everywhere. The man realized that ghosts were real and that they were all around him. He quickly shut off the filter, but he could never unsee what he had seen. From that day on, he lived in fear of the ghosts that he knew were still with him, always watching and waiting.

Me: Have the man now discover that the ghosts are friendly.

The man, still in shock from the revelation that ghosts were real, decided to investigate further. He began to use his AI filter to communicate with the ghosts, and to his surprise, he found that they were not hostile or dangerous, but friendly and curious entities.

They told him that they were trapped in the world between the living and the dead, and that they wanted to communicate with the living. The man felt remorse for being skeptical about their existence, and he felt honored that they had chosen to reveal themselves to him.

He spent the next few months communicating with the ghosts, learning more about their world and their lives. They told him stories of their past and shared their hopes and fears. He found that they were just like him, with their own hopes, dreams, and regrets.

The man realized that the ghosts were not something to be feared, but something to be understood and respected. He also came to understand that death is not the end, but just another step in the journey of life.

All THIS — from a machine. It really is a brave new world.