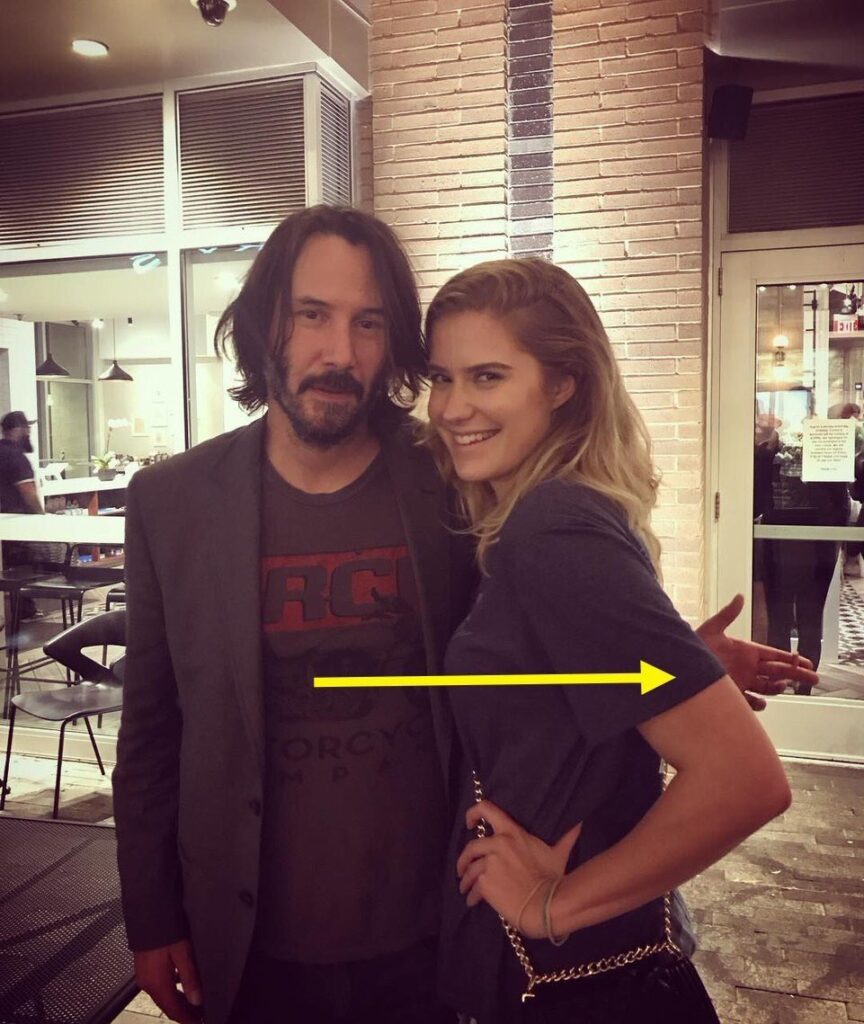 His Type of Class is Rare Today

There’s something different about Keanu Reeves. He’s a mega-famous Hollywood actor, yet he’s soft-spoken and modest. But there’s one trait people have started noticing that truly sets him apart, revealed whenever he poses with women.

Images have gone viral of female fans taking pictures of the actor, where his stance well, stands out. Rather than hug or touch the women during the photos, Keanu keeps his hands to himself. He often keeps hands behind his back or in his pockets to show respect for the women’s personal boundaries.

A fan noticed this pattern and created a montage of several moments in which Keanu poses respectfully, hands-free, whether the women were fans or famous colleagues.

His behavior has been widely praised on social media, where people already admired him for his charisma and talent. Keanu’s respectful approach is a refreshing change in an industry where stories of sexual misconduct and harassment are all too common.

To top it off, he’s the quiet type… Rather than act like an obnoxious actor who has achieved both fame and fortune, he acts more like a soft-spoken assistant professor in philosophy.

He’s an introvert. As talented writer Tim Denning once said:

When Keanu does choose to speak, he uses short sentences, like in an interview with Steven Colbert:

Stephen: “What do you think happens when we die, Keanu Reeves?”

Keanu: I know that the ones who love us will miss us.

What a simple yet jaw-dropping insight into this experience called life, with just a few carefully crafted words…

In one particular Rolling Stone interview, the reporter relished in Keanu’s use of silence.

I ask him why he acts. For forty-two seconds, he says nothing. Not a word, a grunt, a prevarication, or a hint that an answer might come. For most of that time, his head is angled at ninety degrees away from me, as if that’s where the oxygen is.

“Uh,” he finally says, “the words that popped into my head were expression and, uh, it’s fun.” A few minutes later, I lob a vague question about whether he ever wants to write or direct. He lets out a kind of quiet sigh.

At its worst, it’s like this. You ask Keanu Reeves a question and . . . just wait. Out in space, planets collide, stars go supernova. On earth, forests fall, animals screech and roar. People shout and rant and weep with anger and joy and just for the hell of it.

And, all this time, Reeves sits there, entirely silent.

On this particular occasion, the silence lasts seventy-two seconds.

Quietude and modesty in a world of the loud and proud have men saying of Keanu: “Honestly the only hero we have left.”